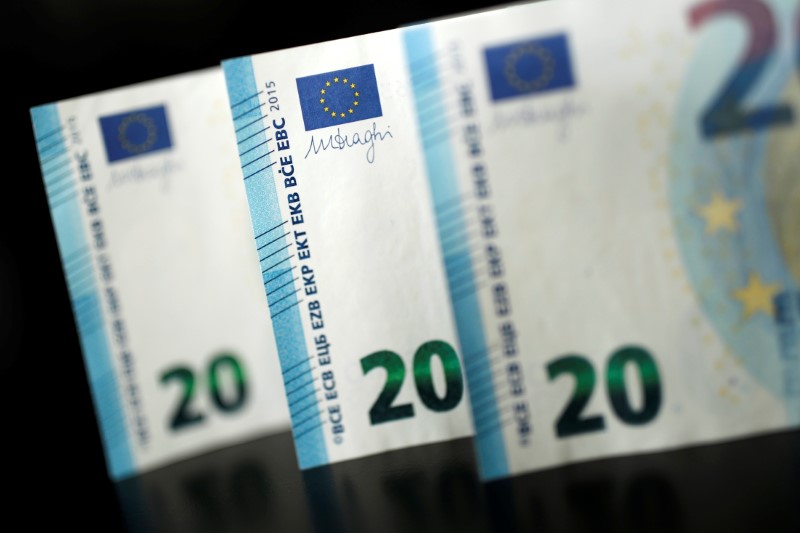 By Peter Nurse Investing.com - The dollar slipped in early European trade Thursday, with the euro gaining ahead of greenback ahead of a policy meeting of the European Central Bank later in the session. At 2:50 AM ET (0650 GMT), the Dollar Index, which tracks the greenback against a basket of six other currencies, was down 0.2% at 93.090, with EUR/USD up 0.2% at 1.1829. The euro has pushed higher, helped by Bloomberg News reporting that ECB officials are growing more confident in the bloc's economic outlook. However, EUR/USD remains some way below the 1.20 level it briefly touched last week before European Central Bank chief economist Philip Lane’s comments that the exchange rate 'mattered' to monetary policy. With this in mind, traders will be following this ECB meeting closely. While changes in interest rate policy are unlikely, Lane’s remarks suggest officials are growing uncomfortable with the euro's almost 6% appreciation against the dollar from its June low. The Financial Times reported that the ECB intends to insert a sentence about the exchange rate into the introductory statement at the start of Christine Lagarde's press conference, but gave few other details. The ECB is under pressure again after Eurozone consumer prices turned negative in August for the first time since 2016, and the U.S. Federal Reserve changed its monetary policy strategy in such a way as to weaken the dollar further. “Despite a challenging economic outlook, we think the ECB will keep its monetary policy stance unchanged at the September meeting,” said analysts at Barclays (LON:BARC), in a research note. “It is nonetheless likely to exhibit an explicitly dovish tone, notably aiming at talking down the EUR. We think further stimulus could come in December or later.” Elsewhere, GBP/USD rose 0.2% to 1.3022, recovering from a dip to a six-week low of $1.2839 on Wednesday, helped by the more risk-on tone seen in the equity markets, but EUR/GBP rose 0.1% to 0.9085, near to its six-week high. The European Union is now studying the possibility of legal action against the U.K. over Prime Minister Boris Johnson’s plans to breach the 'Withdrawal Agreement' that is the baseline for talks on the future trading relation between the two sides. This raises the possibility of the U.K. exiting the EU single market in four months time with no trade agreement in place. Negotiators are due to meet again on Thursday. “The lack of risk premia priced in suggests further downside to the currency in coming weeks, particularly if little progress is made ahead of the 15 October deadline,” said analysts at ING, in a research note. “The neutral speculative GBP positioning should also help to facilitate a move down in the currency as shorts are likely to build up as / if little progress is made in coming weeks.”