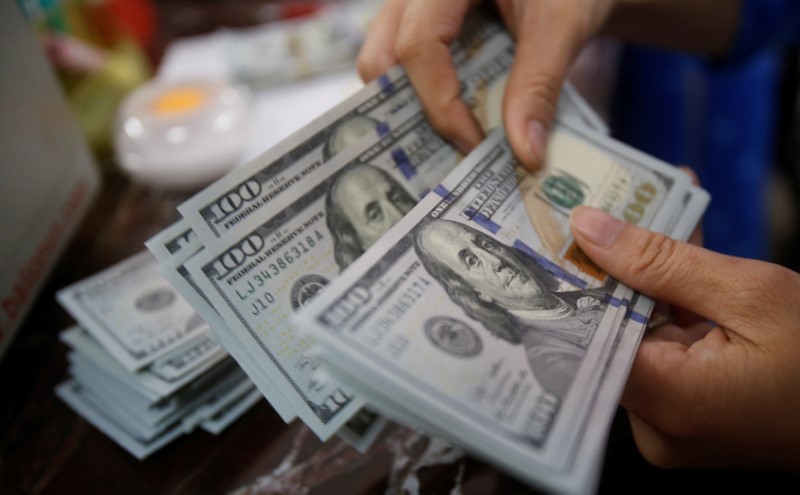 By Gina Lee Investing.com – The dollar was up on Friday morning in Asia, headed towards its best week against the yen since March. Although hopes of a COVID-19 vaccine continued to whet investors’ risk appetite, a worsening of the second wave of COVID-19 cases in Europe and the U.S. meant that riskier currencies made little headway. As the week draws to an end, investors took stock of a slew of positive news on the vaccine front, with Pfizer Inc (NYSE:PFE) and BioNTech (F:22UAy) announcing positive results for their candidate BNT-162b2 on Monday, Russia saying on Wednesday that its Sputnik V vaccine candidate showed 92% efficacy, and Moderna Inc (NASDAQ:MRNA) saying on the same day that the accumulation of data for a first analysis of its vaccine mRNA-1273 is complete, with an announcement on the vaccine's efficacy expected by the end of the month. However, logistical issues in mass-producing and transporting these vaccines, the unceasing uptick in the number of COVID-19 cases in Europe and the U.S. and fears that more countries will re-impose lockdowns to curb the spread of the virus. These fears would outweigh any positive developments in eurozone industrial production numbers, due later in the day. “There are reasons to be optimistic about the global economic recovery, and eventual pandemic submission over the coming year, but we are not out woods yet,” National Australia bank’s senior currency strategist Rodrigo Catril told Reuters. The U.S. Dollar Index Futures that tracks the greenback against a basket of other currencies inched up 0.01 % to 92.968 by 9:58 PM ET (1:58 AM GMT). The USD/JPY pair edged down 0.19% to 104.92. The yen remained around 1.7% lower for the week, its sharpest weekly drop since a 2.4% drop in March. TheAUD/USD pair inched down 0.08% to 0.7226, as “the AUD continues to find the air thinning above 73 cents,” according to Catril. The NZD/USD pair edged down 0.18% to 0.6826. The USD/CNY pair edged up 0.18% to 6.6236. The GBP/USD pair inched up 0.03% to 1.3118. The pound was sitting near a one-week low after a slew of data, including GDP data, released on Thursday missed forecasts. The U.K.’s third quarter GDP contracted 9.6% year-on-year against the forecast 9.4% contraction in forecasts prepared by Investing.com. It grew 15.5% quarter-on-quarter and 1.1% month-on-month, against the forecast 15.8% and 1.5% respectively. Central bank heads sounded a warning note that the pandemic is far from over, although the vaccine developments show that an end is in sight, during Thursday's European Central Bank (ECB)’s “Central Banks in a Shifting World” forum. “From a huge river of uncertainty, we see the other side now,” ECB President Christine Lagarde said in a panel discussion alongside U.S. Federal Reserve Chair Jerome Powell and Bank of England Governor Andrew Bailey. “But I don’t want to be exuberant about this vaccination because there is still uncertainty” over its production and distribution, Lagarde was quick to add.